Historically considered a cheaper alternative to Japanese and European car, the Hyundai Motor Company has, in more recent times, strived to rebrand itself away from being the ‘cheap and cheerful’ choice; in 2005, Hyundai headhunted Thomas Bürkle from BMW to head-up its Research & Development (R&D) base in Russelsheim, Germany, while in 2013, Peter Schreyer of Audi - and later, Kia - fame was hired as lead designer, and has been credited with the design of Hyundai’s latest i30 hatch and sedan as well as the new Hyundai Tucson (formerly the ix35).

Not long after Bürkle’s appointment in 2005, the company’s attention turned to revamping Hyundai’s design language. Hyundai is most well-known for its adoption of “Fluidic Sculpture” - a design philosophy heavily “influenced by nature”. The fluid, sloping lines of the philosophy are evident in many of Bürkle’s early Hyundai works, including in the now-defunct Hyundai ix35, the i40 and the i30.The latest iteration of the company’s design language, “Fluidic Sculpture 2.0” was announced in 2014.

The current Hyundai range comprises of 11 models offered to consumers in Australia, ranging from the city-sized Hyundai Accent up to its seven-seat SUV, the Hyundai Santa Fe. Also included in Hyundai’s Australian line-up is a commercial offering - the Hyundai iLoad. Hyundai does not offer a four or two-door utility in the Australian market. Hyundai does not currently offer a performance car in its line-up; the Hyundai Veloster has been described as a ‘warm hatch’, however the latest generation i30 will be released with two performance variants in an attempt by the brand to break into the already cut-throat hot hatch market.

Hyundai’s Australian offerings begin with the Hyundai Accent city car, then step up to the Hyundai Elantra and Hyundai i30 small car models, followed by the two-door warm hatch Hyundai Veloster. Hyundai offers two medium-sized cars in Australia: the sportier Hyundai Sonata sedan and the more Euro-feeling Hyundai i40 sedan and wagon. There are currently two SUVs offered in Australia, the five-seat Hyundai Tucson - which replaced the popular ix35 model - and the seven-seat Hyundai Santa Fe. At the time of writing, Hyundai has said it would be releasing a small SUV to compete with the likes of the Mazda CX-3 and Ford EcoSport. Also sold in the local market are two vans, the iMax people mover and the iLoad work van. The Hyundai Genesis, which is branded as the company’s first ‘luxury large car’ is also offered locally.

While the company’s global headquarters are found the South Korean capital city of Seoul, the Hyundai Motor Company has a number of overseas outposts. Its European base is found at Russelsheim in Germany, while many Hyundai models are manufactured and assembled all across the world, including in South Korea, the Czech Republic, Brazil, China, Mexico, Canada and Turkey. No Hyundai models are assembled in Australia and the company currently has no plans to do so.

Hyundai has consistently been one of the best-selling makes in the Australian car market over the last decade. Popular Hyundai models include the Hyundai i30 - which has topped monthly sales lists more than once ahead of competitors such as the stalwart Toyota Corolla and Mazda 3 - the Hyundai Elantra and Hyundai Accent.

There are currently 11 Hyundai models offered in Australia.

The Hyundai i30 is Hyundai’s second small car available to Australian consumers. Unlike the Hyundai Elantra which is offered only as a four-door sedan, the i30 is exclusively sold as a five-door hatchback and wagon. Developed in the same mould as the Elantra, the Hyundai i30 made its worldwide debut in 2007 and is its third generation. The Hyundai i30 is the brand’s smallest car which is offered with both petrol and diesel engine options. From 2017, the Hyundai i30 will be offered in a performance model and is the brainchild of former BMW M Performance head Albert Biermann. The Hyundai i30 N, as it will be known, will compete in the cut-throat hot hatch market as a front-wheel drive competitor to the Ford Focus ST, the Volkswagen Golf GTI and the Honda Civic Type R, while a beefed-up engine option will offer a rival to the Golf R.

The Hyundai Veloster is a two-door liftback coupe which was introduced by Hyundai in an effort to tap into a younger generation of drivers. First introduced as a non-turbocharged model in 2011, a turbocharged 1.6L four-cylinder version followed not long after. The car is still in its first generation as a production car.

The first of Hyundai’s two mid-sized models is the Hyundai Sonata. First built in 1985 exclusively for the South Korean market, the Sonata was first brought to Australia in 1989, making it one of the longest-selling models in Hyundai Australia’s line-up. The Sonata is available as a four-door sedan only, unlike its close cousin the Hyundai i40, which is available as a sedan and a wagon. The Sonata is offered in both petrol and diesel engine variants and is considered to be the sportier model of the two mid-sized models offered by Hyundai.

The Hyundai i40 is Hyundai Australia’s second mid-sized model along with the Hyundai Sonata. Slightly more Euro in design, the i40 was first produced in 2011 and is offered as both a four-door sedan and a five-door wagon. The Hyundai i40 is still in its first generation but underwent a facelift in 2015. It is offered in both petrol and diesel variants in Australia.

The Hyundai Tucson is a Hyundai model which supersedes the popular ix35 five-seat SUV. The Tucson is considered a mid-sized SUV and competes in the same segment as the Mazda CX-3 and the Peugeot 2008. First produced in 2004, the Hyundai Tucson is in its third generation; in Australia, the second generation Tucson was sold under the model name ix35 instead. It is offered as both a front-wheel drive and an all-wheel drive vehicle in Australia.

The Hyundai Santa Fe is the company’s large SUV and has seating for up to seven passengers. The Santa Fe was first released worldwide in 2000 and was Hyundai’s first foray into the SUV world. It has since spanned three generations and is offered in a front-wheel drive variant with an option to upgrade to an all-wheel drive system.

The Hyundai Genesis represents the South Korean company’s entry into the luxury large car segment. First built in 2008, the Genesis will from 2017 be sold under its own brand - Genesis Motors. The Genesis offered in Hyundai showrooms will be known as the Genesis G80, and if a luxury four-door large sedan which is powered by a 3.8L V6 engine. The Genesis is offered as both a front-wheel drive and an all-wheel drive vehicle.

Both the Hyundai iMax and the Hyundai iLoad are based on the same platform, with the iMax configured as an eight seat people mover, while the iLoad is a commercial van aimed at tradespeople. First built in 1997 and known as the Hyundai Starex in other countries, the iMax and iLoad has spanned two generations. Buyers can choose either the petrol of diesel variant, while it received a facelift in 2016.

Set to join the line-up in late 2017 or 2018 is the Hyundai Ioniq, a green vehicle expected to compete with the Toyota Prius. It will be made in three configurations: a petrol hybrid, a plug-in petrol hybrid and a full electric model.

For all the latest Hyundai news, reviews of new Hyundai models and general car news, as well as videos, photos and more, head to: www.caradvice.com.au 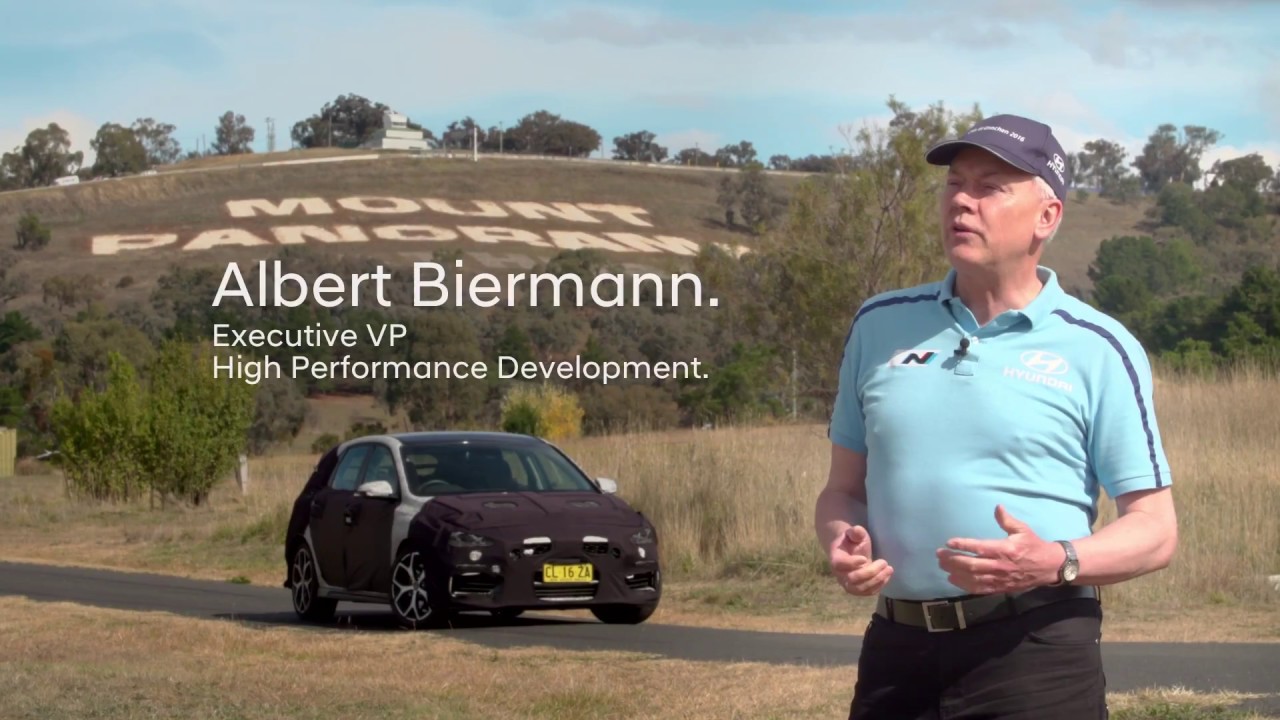 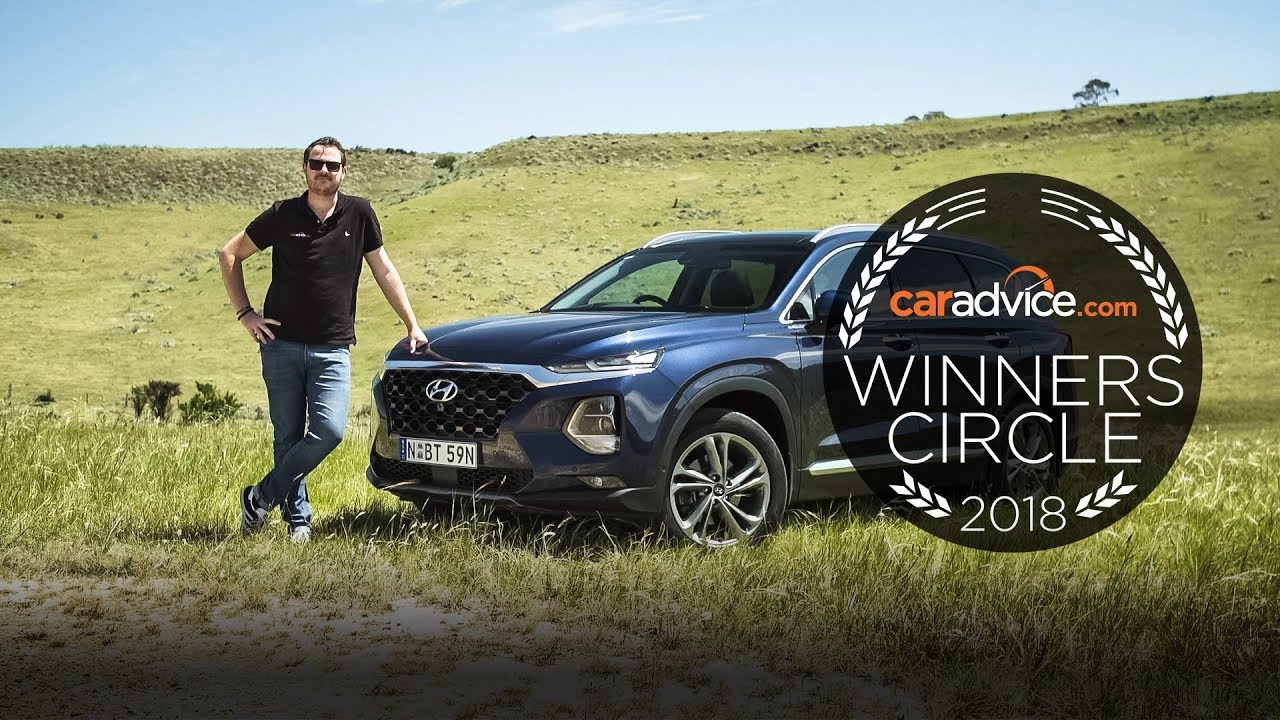 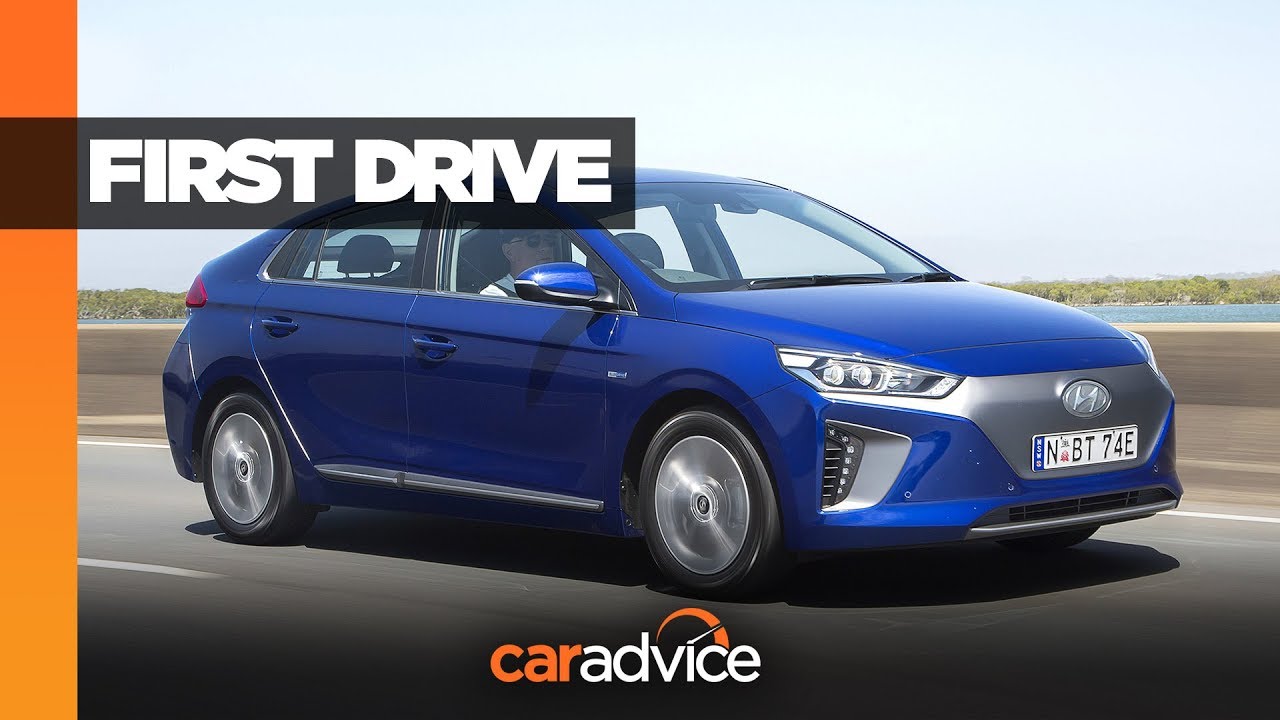 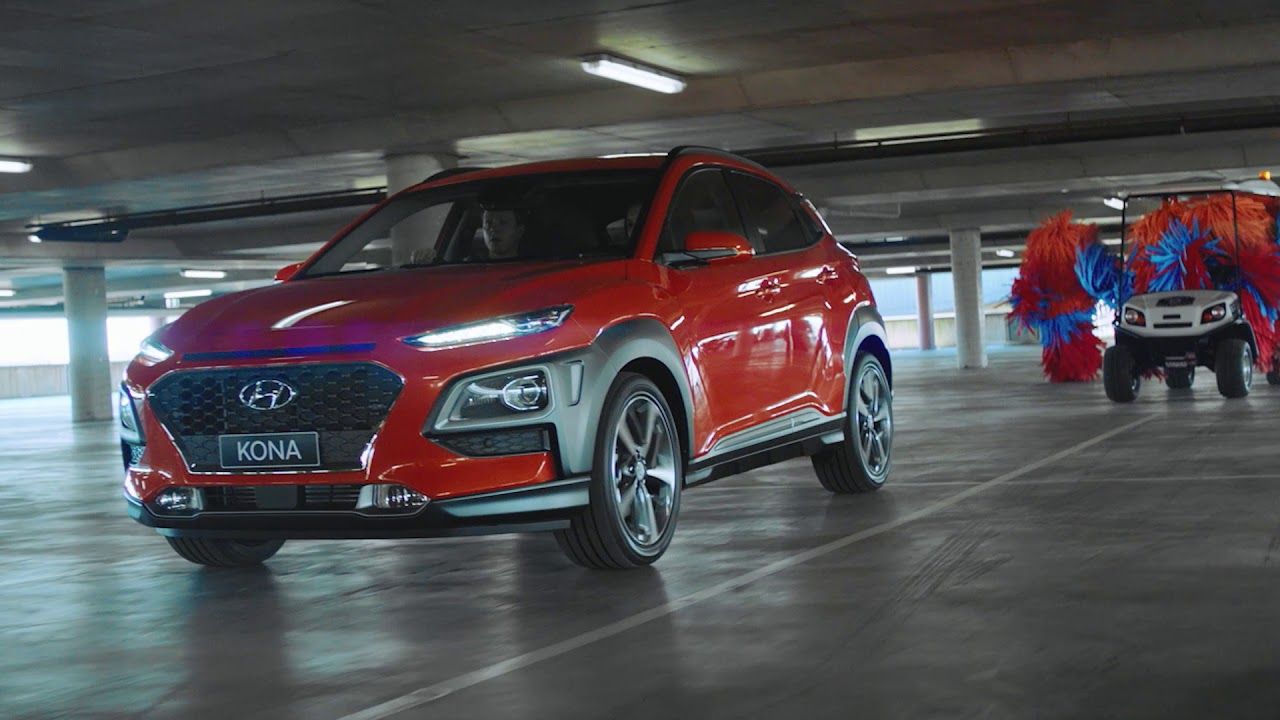 As we approach end-of-financial-year bargains season, we test one of the top-selling vans in Australia.

Is this a sports car first? Something with value for money? Let's find out.

If a fun-sized city runabout appeals to you, the Hyundai Kona Go might just be the ticket.

Hyundai is poised to introduce a full-size SUV as the new flagship in its range.

Today, we’re drilling down on what we think is the pick of the bunch – the 2020 Hyundai i30 Elite. Priced from $28,040 before on-roads, it sits squarely in the middle of the six-variant range. For context, the next-step-up models are the Premium and the N Line pair.

Allow me to reintroduce this 2020 Hyundai Veloster Turbo Premium, the newest addition to the CarAdvice long-term fleet.

The traditional city car is potentially under threat of extinction from pint-sized SUVs. We pitch Hyundai’s new, Accent-replacing Venue against Kia’s established Rio to see whether the sports utility vehicle or hatchback is best equipped for a life of urban motoring.

Hyundai has boosted the Tucson Active X's safety credentials for 2020 with SmartSense as standard. But has a price rise cancelled the value benefit out? Curt Durpiez finds out.

Hyundai’s popular Kona small SUV faces a fresh Mazda rival in the form of the CX-30. We find which crossover is the best at a $30,000 pricepoint.

So, the Hyundai Veloster Turbo is an i30 N-Line in pricey fancy dress? We presumed so... And we were wrong.

It’s taken two decades for the world’s most famous hybrid to face a direct rival. Can the Prius hold its ground against Hyundai’s first petrol-electric play, the Ioniq?

The new-look 2021 Hyundai Santa Fe has been unveiled today, following the release of two shadowy teaser images in May. As promised in those earlier photos, the updated Hyundai Santa Fe introduces a wide new grille design that tapers at each end to form what will likely be a new theme for the wider Hyundai range...

Hyundai's small SUV, the Kona, has had a price rise, with all variants except the entry-level Go seeing a bump of around $260-$650 each. "There was a 1 per cent increase across the range – excluding Kona Go," a Hyundai spokesperson confirmed to CarAdvice. There were no specification changes in line with the price hike...

The list of electric car and hybrid car options in Australia expands with every passing year, but their often prohibitive cost – particularly in the case of EVs – remains a major barrier to their uptake. Hybrid drivetrains are complex, while batteries for hybrid or electric cars are expensive to manufacture, which bumps up the price of hybrid and electric cars across the board...

Japanese car giant Toyota has once again been named the most trusted car brand in Australia, but consumers have increasing faith in electric-car challenger brand Tesla – and 'distrust' Holden and Volkswagen, new research has found...

We bought our Santa Fe Highlander back in January 2011 as an unused demonstrator, knowing an updated model would come out later in the year. As it was the Highlander spec, it came with everything except for Bluetooth and sat-nav, which would have made it a complete package...

A well-thought-out vehicle. It was originally purchased to fit three child seats across the back. It has a wide body and has the same specs internally to the ix35. Used as a tow vehicle for holidays, it has towed a loaded 7x4 trailer with no problems. Don't be afraid to give it throttle and use the revs. The engine doesn't use much more fuel...

We were downsizing from a much-loved 100 Series Toyota LandCruiser. It used to tow our now long gone caravan, and we thought was going to be challenging finding a smaller SUV we were going to be happy with. When we first went looking for a new mid-sized SUV we visited all the dealers for the vehicles we were interested in - including the Toyota RAV4, Mazda CX-5, Honda CRV, Kia Sportage, Nissan X-Trail and the Hyundai Tucson - and obtained brochures with specifications...

After a four-month-long search, and basically test driving all the cars in this segment, I decided to put the money down on the i30 SR. It just ticked all the boxes for me: fun to drive, comfortable, affordable, latest tech and reliable. For the past year it has proven to be a joyous experience without any complaints, which is rare for me...