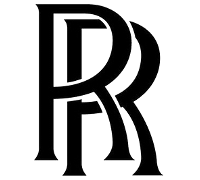 Rolls-Royce claims its latest Ghost is more simple and driver-focused than before. Does that feel right?

Is the baby Ghost still a proper Rolls-Royce?

It's the latest and greatest from Rolls-Royce. The Ghost Series II improves on the already impressive base it was built off. But, is it enough to keep this brand moving?

Rolls-Royce claims its latest Ghost is more simple and driver-focused than before. Does that feel right?

When it comes to aspirational vehicles that are a true status symbol, Rolls-Royce Motor Cars is part of an exclusive league consisting of very few manufacturers. From its naming conventions, to its history steeped in folklore, there's just something about the Rolls-Royce. The Ghost Series II was recently unveiled in Australia, and much like the British brand itself, has a 'Ghost story' of it's own...

Around the tracks: A Mercedes-Benz GLA gets lost on a race track

When we’re not creating it ourselves, the CarAdvice team spends a lot of time finding and consuming motoring content from all over the world. Here’s a handful of the photos, articles, videos or social media posts that most caught our eye last week. Some of them are brand new, others have been online for a while. Enjoy them – just not too much, okay? 1...

It's Halloween, and this is a GHOST! So, we couldn't resist a revisit.  September 24: Rolls-Royce Motor Cars has launched its new Ghost Extended in Australia. This lengthened-version comes off the back of the all-new Ghost's global reveal earlier in September...

Rolls-Royce Motor Cars has pulled back the sheet on the 2021 Ghost sedan, giving a first glimpse and key details of what to expect from the new model. The new Ghost follows the Rolls-Royce Post Opulent design philosophy, thus “rejecting superficial expressions of wealth,” according to press materials...

New Rolls-Royce Ghost will be all-wheel-drive

Rolls-Royce has revealed its next-generation Ghost limousine will be all-wheel drive. In a promotional video posted to Twitter, the iconic manufacturer also announced the 2021 Rolls-Royce Ghost will have four-wheel steering and a new predictive suspension system...