Mercedes-AMG is the new spin-off brand for all Mercedes-Benz models enhanced by the company's famed tuning arm, AMG. The division was founded as an independent business in the 1960s, but eventually joined the Mercedes-Benz family when parent Daimler took a controlling interest in the tuning house in 1990. Later, in 2005, AMG became a wholly-owned subsidiary of Daimler AG. Now, as Mercedes-AMG, the division is more clearly set apart as the BMW M rival that its fans have long counted it as.

The Mercedes-AMG GLC43 Coupe thumbs its nose at what it means to be a coupe and an SUV.

The Mercedes-AMG A35 hatch has proven itself as an inspired back-road punt. But is it tempered enough to be an urban daily driver?

The new Mercedes-AMG GLE53 Coupe performance crossover is a technological showcase, though if you want it to breathe fire, then wait for the imminent GLE63.

There’s a difference between a faster A-Class and a proper AMG hatchback, but which one is the A35? We get our first chance to find out on local roads.

Overall, the new 2020 Mercedes-AMG CLA 45 S is the more mature choice over an A45. It’s a shame it just misses out on the three-seconds club, because other than that, it would be our pick over the A45 every day of the week. In red.

What a worthwhile wait. With the new 2020 Mercedes-AMG A45 S, the only negatives are the lack of noise and the similar-to-A-Class interior. We don’t know yet how much it will cost, but hopefully you can take one home for about the $100K mark when it shows up in Australia in the first quarter of 2020. And for that price, you’re not going to find much that will outperform this...

The Mercedes-AMG GT4 is the car you buy if you have numerous supercars but don’t fancy destroying one of them on a track day. Or if you actually want to compete in GT4 races. It’s a serious bit of kit that demands respect at all times, but conversely, you can trailer it to a track, change a few settings and have an absolute blast knowing you’re completely protected with a great safety cell while being in an actual race car...

Three German performance hatchbacks with one shared formula: turbocharged four-cylinder power and all-wheel drive. But which car nails it?

If you’re looking for the most visceral journeys, short or long, from a practical mid-sized performance sedan, should you look to Alfa Romeo, Audi Sport, BMW M or Mercedes-AMG?

It’s a great Did You Know factoid that AMG wasn’t involved in the first express-spec E-Class. When Mercedes decided five years was long enough for the original (1985) M5 to have had its own way in the mid-range sports sedan arena – longer if you count the M535i – the Stuttgart brand sought the help of close-neighbour Porsche to create a muscled-up, V8-powered version of the W124 sedan...

Mercedes-Benz fans who want to look like movie stars and hip hop artists will need to pay a little more to join the Hollywood elite. The German car maker has raised the price for the boxy but iconic Mercedes G-Class – or G-Wagen – for 2020...

Mercedes-AMG’s new performance plug-in hybrid GT 73 has been spied completing winter testing in Sweden. With most of the test mule’s camouflage removed, it’s clear to see just how extensively the model’s styling has been lifted from the four-door GT 63. Large air dams reside up front while chunky, twin-tip mufflers rest on either side of a rear diffuser...

The updated Mercedes-AMG E 53 4Matic+, otherwise known as the tier-two model in Benz's hotted-up E-Class range beneath the E63 V8, has been revealed ahead of an expected Australian arrival just before the end of 2020..

Trundling through the CBD at 40km/h, with the sound of the exhaust reverberating through the concrete canyons, the C63S coupe is reminiscent of a Panzer tank rumbling into battle. The exhaust note telegraphs the fury that can be unleashed by the 375kW 4.0-litre, twin-turbo V8 that powers this German muscle car...

3 years ago we bought this car. I hated it. I hated it on the test drive and I hated it on the drive home. After 39000kms, I will now fight anyone who tries to take it off me. I love it. It is utterly brilliant, entertaining, noisy and monstrously fast. Plus the baby fits in it. The issue at first was me being familiar with big capacity V8s and having no experience with little turbo engines...

It's 5pm on a Sunday evening in the Victorian alpine region. The golden sunlight is glistening in through the snow gums, falling softly on to the black road. Rounding the bend, the 381hp, 475Nm A45 AMG engine begins to snarl and growl as the right foot is eased into the carpet. 'What a sound!' I begin to think as the revs build... 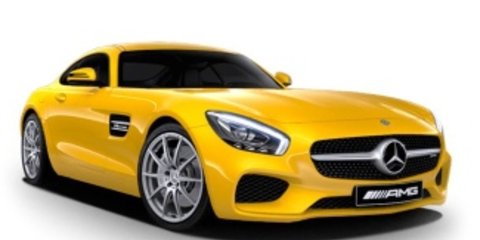 I drove this car on Circuit of the Americas for 3 days in December, 2015. The GT S is fast, it tracks well, has three suspension settings and produces a burble and grunt that put a smile on the face of this Porsche fanatic. Sport Plus mode allowed for a pleasurable mix of safety and naughtiness. AMG would not all us to turn ESP off (probably for good reason)...