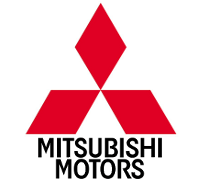 Loadspace is arguably the most crucial part of a ute’s definition. While their base function is still the same, there are a lot of different feature these days that can set them apart. From bare bones, all the way to electric roller covers, let's see what's available to you.

We test eight of Australia’s favourite utes in our annual mega test.

You'd be forgiven for thinking the 2019 Mitsubishi Triton is an all-new model, because how it looks has changed so dramatically. Underneath that updated sheetmetal however, you'll find it's the same base platform that's been underpinning the range since 2015. To that end, we've bought along the CarAdvice Triton from ou behind the camera, and thurst it into the limelight...

The Mitsubishi Triton ute/pick up has had a minor makeover for the 2020 model year, but the changes will appeal mostly to those who want to head off-road. CarAdvice's National Motoring Editor, Joshua Dowling takes a look at the updates.

This is the GLS Premium, now the flagship in the Triton range, replacing the Exceed. Can the new facelifted model compete with the top-shelf offerings in the Ranger and HiLux lines?

The Mitsubishi Triton has had its first facelift in four years, bringing bold styling to its previously understated appearance. While it looks like an all-new model, this is a clever redesign of the Triton introduced in 2015.

Dual-cab utes are expected to be more versatile today than ever before. Rough and tough is not enough. The flagship versions must be comfortable inside, safe, and look the part because people want show ponies as well as workhorses. Our team have tested eight key contenders (LDV wouldn't give us a T60, and the X-Class hadn't launched in time for this test), to see how they all stack up...

Read the full review here  There are work utes – you know, the single-cab budget-focused models aimed at tradies specifically – and there are lifestyle utes, those that cost $60,000 to $70,000 that are more often seen with a dude in a suit driving them rather than a bloke in overalls...

Read the article here. If there was ever a vehicle that typified the work hard / play hard Australian lifestyle, it is the double-cab ute. Tough, practical and pretty cool, these rugged pickups are winning plenty of favour with Australian buyers. But which one is best? We’ve gathered eight of the most popular models together and will put them through their paces over a series of challenges to find Australia’s Best Ute...

The new 2016 Mitsubishi Triton aims to improve on the tried and tested toughness of the model it replaces. Let’s find out if this updated model has closed the gap between it and the segment leaders. The new-generation Triton is built upon the existing model’s underpinnings, though they’ve been thoroughly reworked for better comfort and performance...