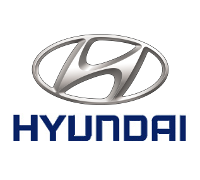 The Hyundai i30 N hot hatch has a smaller, younger brother. Meet the Hyundai i20 N, a new rival to the Ford Fiesta ST and VW Polo GTI.

Helicopter versus Rally car: The McDonnell Douglas 520N takes on Hyundai's i20 WRC

Life is funny. And sometimes certain opportunities simply appear, almost of their own doing. Well, the following was one of those unique opportunities… It’s the day after the conclusion of Rally Australia 2016, and, while most of the teams have packed up and are headed home, the team from Hyundai Motorsport remain...

Dave does his best to 'review' the 2016 Hyundai i20 WRC car of New Zealand rally driver Hayden Paddon, while harnessed into the passenger seat...

A quiet achiever on the local sales charts, the Hyundai i20 does a lot right... for the right price.

With the Getz gone, the i20 is the entry point into Hyundai's expansive range.

Model Tested: Hyundai i20 Elite; 1.6-litre, four-cylinder petrol, four-speed automatic, five door hatch: $20,490 Late last year, Hyundai updated its small car, the i20, for 2011 with simple but effective upgrades. The addition of side and curtain airbags to its entry-level variant, the Active, meant that all i20s are now five-star safety rated - critics pointed out that the Hyundai i20 should have been launched like this to begin with...

The i20 is made in India and it's fast-becoming one of Australia's most popular small cars...

It’s not perfect but Hyundai’s i20 will sell like hot cakes...