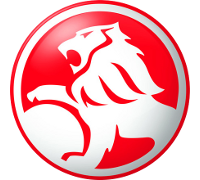 On the 2nd of October 2015, a proud part of Australian history came to a close. The very last iconic Aussie built ute was unveiled - the 2016 VF Series 2 Holden ute. Considering the long and esteemed career the Holden ute has performed, it was only appropriate that we saw the curtain unfold at the famous Deni Ute Muster in Deniliquin, NSW...

s the sun sets on Australian manufacturing, we look back on three things we'll miss about the Australian creation — the Holden Commodore. Here, we look at that most iconic of Aussie cars: the ute.

Holden Commodore: Death of a Ute

As the sun sets on Australian manufacturing, we look back on three things we'll miss about the Australian creation — the Holden Commodore. Here, Mike Costello says goodbye to the iconic Ute.

Before local production draws to a close on October 20 this year, our own Dave Zalstein heads to Holden’s Elizabeth plant in South Australia to get a first-hand look at exactly how the final-ever Holden Commodores are built… including his very own. Video credit: Archive photos courtesy Steve McNicol/Railmac Publications.

The Commodore name may be living on but the Holden Ute passes away officially on 20 October when production of that most Australian of icons end. And uncertainty surrounding the future of Nissan’s legendary Z-series means the 370Z Nismo could be the last hurrah for a lineage that runs back nearly 50 years – to the original, 1969 Datsun 240Z...

CarAdvice podcast 86: We talk to a car manufacturer illustrator!

Joining Mandy Turner this week are Paul Maric and Trent Nikolic. The Ford Edge ST, Mercedes-AMG CLS53 & E53, and Kia Cerato have been revealed at the Detroit motor show. Suzuki Swift Sport pricing and specs have been released, the Hyundai Veloster & Veloster N have been revealed, as has the 2019 Ford Ranger revealed for US market, and HSV 2018 range pricing has been announced...

In June 2013 Holden set a world record — the fastest ute to lap the famous Nurburgring circuit. The time set was 8:19:47, making it not only the fastest ute, but one of the fastest cars to lap the German track. Now, Holden is saying a new record could still be on the cards. Using a Holden Commodore SS-V Redline ute with the previous generation 6...

Holden has announced October 20, 2017 as the date it will shut the doors of its Elizabeth car plant outside of Adelaide for the final time, and become a full-line vehicle importer. Holden has assembled vehicles for domestic and export markets at Elizabeth since 1963. Nearly 1000 employees will remain in production, engineering and support roles until production ends...

I've had my ute since 2016 and covered 12,000km in the first eight months. The ute is used primarily as my 'to and from the office' transport, and being in regional Victoria, it's great fun. Firstly, the specifications. An SSV Redline, Jungle Green, six-speed manual. The ute is powered by the LS3 6.2-litre V8 – a huge leap. But more on that later...

Since purchasing my 2015 SV6 Ute late last year, I’ve had a little time putting kays on the clock. Having driven over a range of different back and main roads, and in different weather conditions, I will say that Holden got it pretty much right. The performance, handling and comfort were the key buying points for my decision to purchase the SV6 Ute... 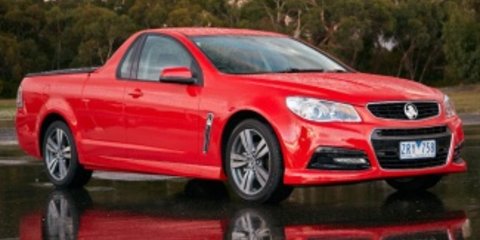 I have had my SV6 Ute for just under 3 years now, I got it through work as a salary sacrifice car and I hate it. This is the 2nd Holden I have owned (had a VN when I was on my P's and really shouldn't of got that car). When I first got the car me and my partner drove down to Adelaide from Townsville over Christmas, it was then we realized how terrible the seats were...