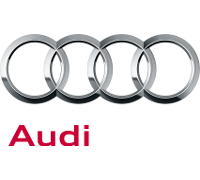 I don't understand why people aren't buying more wagons. Alright, I do understand it. It's my job, after all, to know how the market works and what draws people to the latest trends. What I mean, is: if you've bought a passenger car and it isn't a wagon, you've made the wrong choice. ("Flame suit on", "Come at me bro", "Don't @ me", et cetera...

Welcome to the inaugural CarAdvice Winners Circle, our debut annual award program showcasing our editorial team’s motoring highlight releases of the year. After some long and hard consideration of the pros and cons of more traditional award formats, it was ultimately reader and car industry feedback – through surveys, garage day chats and even a focus group – that moulded exactly the form Winners Circle would take...

Yes, the V8 engine is gone, but so too is the ageing lack of pace offered by the much-loved powerplant. The new Audi RS4 Avant heads into the future, by going back to it, with V6 power.

Has the return to turbocharged V6 power been a backwards step for the Audi RS4 Avant? Or has newfound pace compensated for the lamented loss of the sonorous naturally aspirated V8?

Audi's last-generation RS4 Avant has finally been put to pasture, marking the end of production for the legendary, high-revving 4.2 FSI engine. We farewell the last of the four-ringed marque's naturally aspirated V8 engines...

Plowing down a final straight before a 90 degree right then a hairpin left, it’s easy to forget you’re behind the wheel of a practical family wagon. The Audi RS4 has always been a slightly mad version of the standard A4, but to the untrained eye it looks like any other wagon. &nbsp; It has a big boot and plenty of room in the back seats, so it can happily swallow your family and their belongings...

Wagon practicality and sportscar-baiting performance... You get both in the truckload with Audi's latest RS4 Avant.

It’s hard to create an introduction for the Audi RS4. It began life in 2001, with Audi’s B5 platform powered by a modified twin-turbocharged Cosworth 2.7-litre V6 from the S4. After only one year in production (only available as an Avant), production ceased. That was until 2006, when Audi announced the arrival of the B7 based RS4, available in sedan, avant and cabriolet...